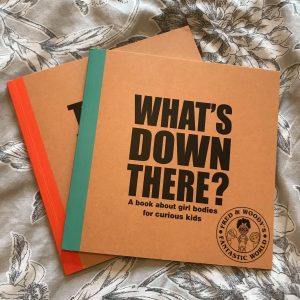 We were gifted copies of ‘That’s My Willy’ and ‘What’s Down There?’ to review. The first two books from the ‘Fred & Woody’s Fantastic World’ series. Available for purchase now from most bookstores. 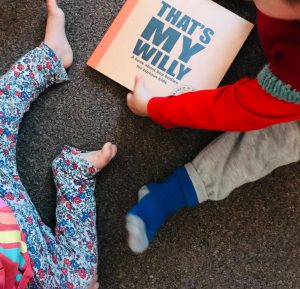 Written and illustrated by Alex Waldron. The Fantastic World books were inspired by the author’s own children (Fred and Woody) and those he supports through the nursery care company he runs. Alex wanted to create a series of engaging books that aid conversations parents, carers and teachers often find difficult to approach. 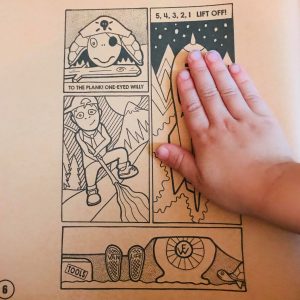 “That’s MY willy and it belongs to ME. My penis dingles and dangles and it helps me to pee.” 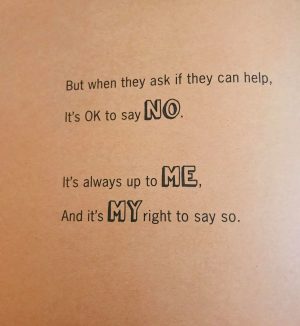 And I’m going to be straight up with you, when they landed on my doorstep they made me feel a little awkward. But at 3 and ready to begin his journey into full time education these are conversations that Theon (and his sister soon enough) need to have. He’s noticed the differences between us all and as with everything he’s intrigued to know why.

It wasn’t that long ago that Theon was a really shy, introverted toddler who suffered with separation anxiety. As parents we worked hard to bolster his confidence and get him to feel safe socialising. Now we’re in the midst of ‘Stranger Danger’. A pretty difficult topic to tackle when you’ve just spent three years convincing your child to open up to everyone. Books like the ‘Fantastic World’ series help to spark these conversations with out over adulting them!

I know there’s been quite a bit of debate on twitter too over the book titles:

Which I have to say for me are child like quotes rather than specified titles. P’s favourite phrase at the minute is “What’s that?” as she points at various parts of her body. And when you read the books what’s instantly clear is that Alex has written these books from the view point of his two little boys, in order to give a true, child perspective. He not only shares their thoughts and questions, but also uses the story to teach both adult and child alike the correct terminology. So, don’t judge a book and all that!

“But what’s down there? What’s its name? Ours is penis but yours isn’t the same. A vulva? A vagina? I’m not quite sure. I’ve heard it called lots of things before:

All the grown-ups make up cute little names. But nobody seems to call it the same.”

What I’d actually argue is how flippant we are over boys and their ‘parts’ and how more understanding we are of girls and their right to keep their personal space and parts, private.

In our house all genitals (yes I know that means external, reproductive organs) have the generic name of ‘wees’. Because at 1 and even 3 it’s easy to say and highlights their purpose (from a child’s perspective). You may disagree, but I think the whole point to all of this is to open discussions on topics that in the past have remained too awkward and divisive to tackle. 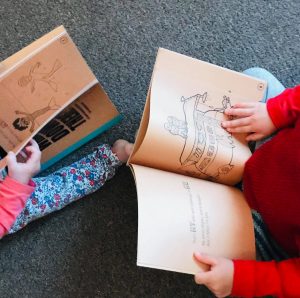 These books empower children and those who’s care they receive. For me that’s enough (for now). I’m the daughter of a Midwife and was raised during a time when ‘Sex Ed’ was a part of the curriculum as standard. But, it was clinical and so overly to the point it was alienating. I remember after every lesson feeling that I never wanted to talk to my parents on these topics, or anyone for that. Which set a standard for me in later years when I actually needed to.

Children don’t need a grown ups perspective on sex or relationships. They need relatable answers to their questions. In a way that allows their intrigue and confidence to develop with them into young adulthood and right the way through their independent adult lives. That encourages them to explore themselves and others in a safe way.

Here’s to always having the answers or at least the tools to discus the questions!

What are your thoughts? Don’t keep mum!