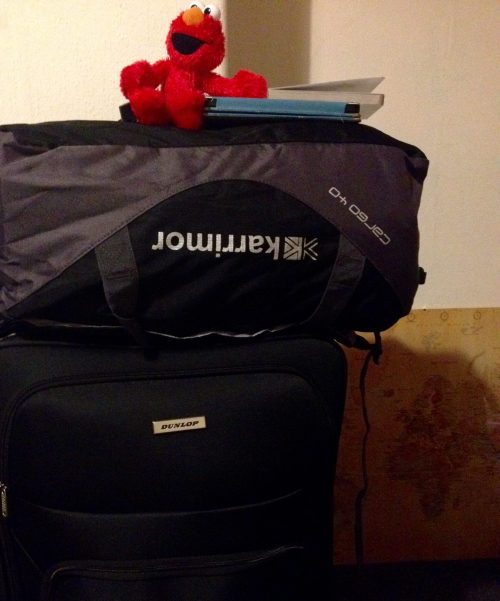 We regularly fly back and forth between the UK and Greece, a pretty basic four hour flight with some minor airport commuting in between, ‘basic’ and ‘minor’ that was until recent years. With every kid and pregnancy we’ve had to seriously up our travel game and yet I’m here to inform you although we survive the process we are yet to perfect it. So, here’s our tried and tested ‘What Not To Do’ list: 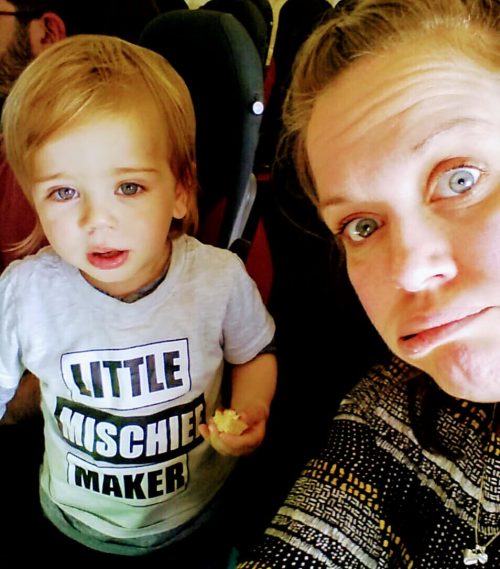 I know, I know easier said than done and its our number one catalyst to ballsing up the whole process! Normally due to a whole buffet of reasons, including my favourite: Mr.O packing his bag the night before we leave, or should I say ‘re-packing’ the bag I had already packed for him two weeks before!

Normally down to absolute desperation and exhaustion due to the previous nights lack of sleep. But trust me them kicking off and tantruming is better done on the way to the airport and pretty much anywhere in the airport from check-in to passport control and even right up to waiting at the gate. Anything in the hope they’ll crash out once boarded-we can but hope!

No matter how tempting resist letting your vacation joy run away with itself until you’ve landed and settled into your holiday accommodation. It’s easy to want to lavish the family and give into every whim especially, while waiting around at the airport with all its bright lights and duty frees. But it’s a sure start way to over exciting the sprogs and losing control.

No one needs to be taught to suck eggs, but we’ve all resorted to bribery and let’s just get one thing clear here, you’re trapped in a winged tin can no one here bar junior has the upper hand. They know they’ve got you cornered and that your every reaction is being played out on a stage with a fully packed audience; keep your wits about you and ration your bargaining tools.

Small children and babies are allowed a fluid allowance, don’t feel you have to bin all their water/milk at customs. Airports involve a lot of waiting around no matter how short the flight, don’t let the babes get dehydrated. Letting them have a drink on take off and landing will also relieve the discomfort of air pressure changes.

Not having control over the heating or lighting of the plane it’s a good idea to pack a blanket which can also double as a comforter.

There’s nothing worse than overwhelming a child that’s already on the edge. Try to avoiding emptying the entire contents of your bag for something, anything to subdue them. Just keep talking calmly (through gritted teeth) and try to engage them in their surroundings.

Theon isn’t actually that bad at flying but there is nothing he dislikes more than being strapped into a seat and sometimes that seatbelt light can be on for a good solid 20 minutes of non stop blood curdling screams! There’s literally nothing worse than being pregnant and strapped to a kicking and screaming toddler, whilst you survey thoughs tuts and head shakes from the airborn Colloseum.

It’s great to be organised by packing everything bar the kitchen sink, but nothing will be of any use to you if it’s not to hand and easily accessed from your seated position.

We were all kids once, anyone that doesn’t empathise with how difficult dealing with a kid or baby that’s kicking off is, well they don’t deserve your thought or worry, just do your best!

A picture paints a thousand words 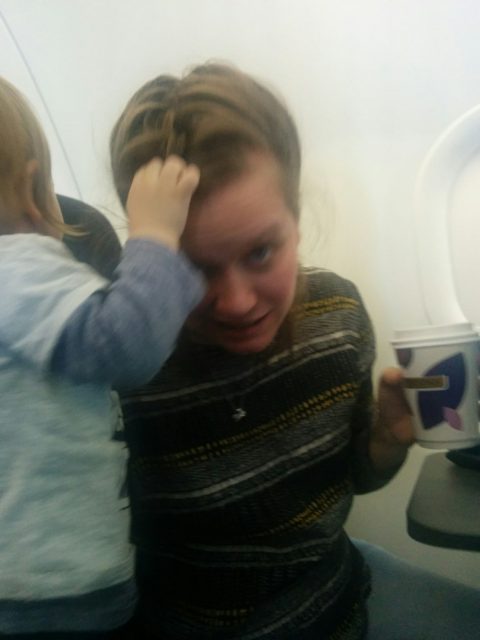 Keep your wits about you, baes looking for a gap! If they’re snoozing using that time to chill, eat, reorganize and pea!

Get up and walk around as much as you can, this goes for everyone, especially if you are pregnant! 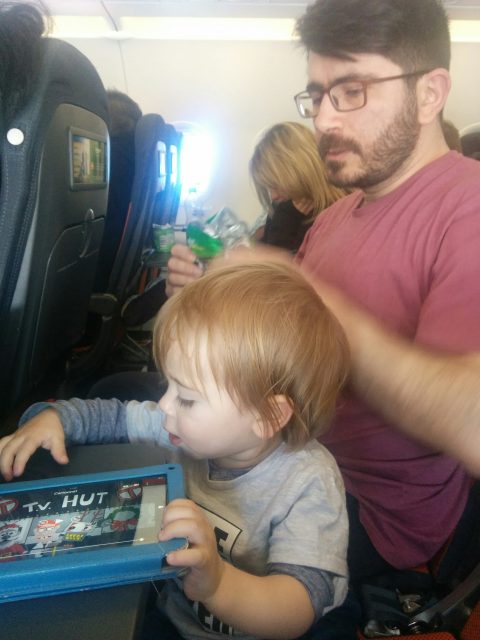 And NEVER no matter how bad you feel, think that you’re alone, when you’re reaching your last tether (as we all do) refer to this article and the closing pics below to know that there are others (namely me) failing way worse than you think you are!-You’re welcome…. 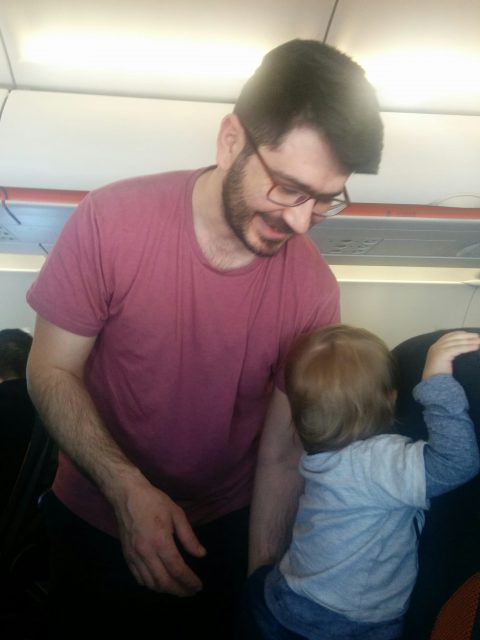 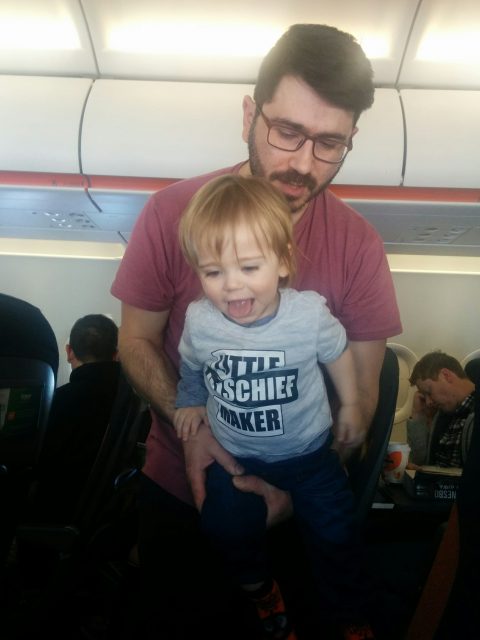 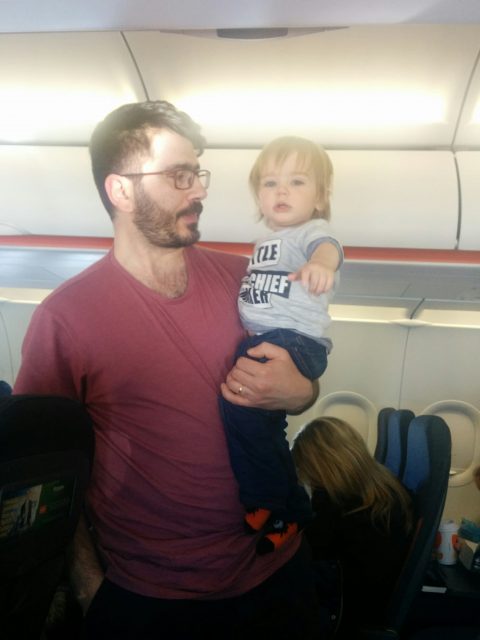 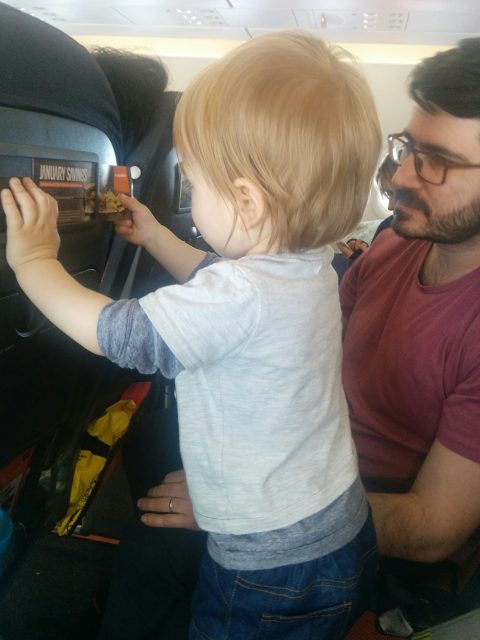 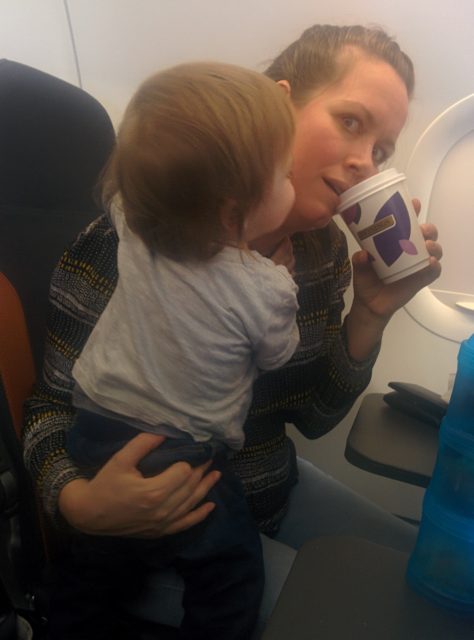 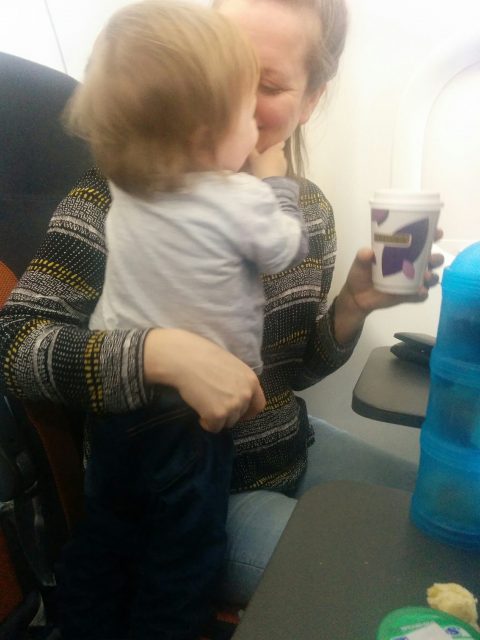 Travel: Flying With Kids During Covid19