Filmed in part the week before she was born, this was me and my boy’s announcement video for the arrival of his sister. And despite the fact there are only seven days separating that moment and this, even though I know the mum guilt had set in long before tonight and even with the excuse ‘she’s as much our gift to him as she is to ourselves’, right now I know our relationship has changed and that the real secret is: I’m not sure he’ll ever forgive me.

It’s just before 3.30am, I’m waiting up to apply his next dose of antibiotic eye cream. Or what feels like a further lashing of mum guilt! A reoccurring eye infection has been further aggravated by the fact that he hasn’t stop crying since we brought the baby home. Crying because she wasn’t the puppy he had been hoping for, crying because the baby in the belly game was actually real life; had he known he wouldn’t have encouraged it, crying because she now suckles from ‘his’ doodie, crying because she cries and because he’s no longer automatically first in line for comfort, crying because it won’t ever be just me and him and because like me no matter how much we love her, that tiny, little, beautiful baby feels like the most gigantic mountain between us! 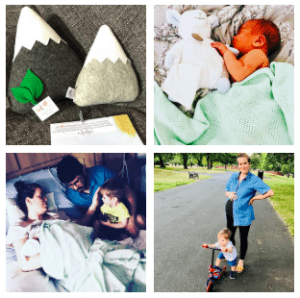 Cream applied, my baby girl now needs me, she’s hungry!  Sat sore on stitches, with her in my arms and wincing as my uterus contracts, I’m smiling through hormonal tears feeling quite proud of myself and these babes I’ve made.  Watching her latched on where her brother once nursed, she’s the spit of him. The guilt still strong eases a bit with every inward guzzle she takes. I can watch her far more calmly than I ever could him: no longer my babe, but always my first!

As her limbs begin to  flop and her soft spot starts to pop back up that ever present guilt ebbs. I start to think of the future of how pretty certain I am that like me and my brothers she’s going to be the best of friends with hers because even though it is an end of an era, at twenty months he won’t forgive me and I probably will have to get that puppy (to make us all feel better), but he’ll forget and she’ll become so ingrained in his life that his love for her will be no different than his love for me or his dad.  As long past all this (twenty months is a blip in the long haul of life) the biggest problem will always be me as I’ll never forget because I’m his mum and this guilt is a burden I’ll always have to bare, knowing that I evolved our lives and sacrificed the relationship we had the way it was just me and him so that we three could be one more;

The Boos and The Berrit, Plus Dad to make four! xxxx