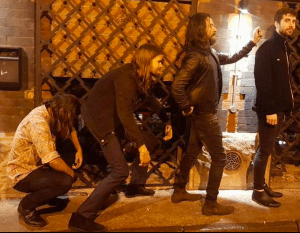 What are men good for?

…”Absolutely nothing!” I can almost hear the misandry bellow.  God damn those maley men types! And what a good way to get your reader numbers up, throw in the words “Misogyny”, “Useless”, “Men” and an eye-roll emoji or two and you’ll have yourself a well engaged social media post with possibly a good extra helping of followers. Because hey, what are men good for? -Right!?

I’m aware that this article is probably going to seem to be very divisive and for that reason I had considered trying to approach it with a light step. However, I’ve also realised just lately how much voices like mine have become muted and like so many people unrepresented through a fear of causing offence for offering an alternative stand point. But, the shear matter of the fact is that despite not being a man (last time I checked), I’m offended by the blatant negation of men in society and don’t get me wrong I know how easy it is to hate a full grown, bearded dude. I’ve despised my fair share of the male population in all shapes, colours, sizes and varying fuzz coverage and for very good reasons. Although, the numbers are no more than that of my female smite list.

And that’s the real point here, we can’t acknowledge one side of the coin and ignore the other. How can we degrade fathers (present or not) in one breath and demand respect with the next? How can we raise our sons as emotionally balanced, decent humans if we participate in dad-shaming and man-hating? But its all too common that when an under dog does finally rise up, the need for equality is often over ridden by an overwhelming want for revenge.

I’ll make no argument of it, women are the under dogs. There is no such thing as gender equality or neutrality, (yet). Even in todays world. The majority of girls are being raised with minimum aspirations other than to be cartoonesque damsels in distress. While males are lavished from an early age with the freedom of choice and confidence to demand they be acknowledged as better…stronger…fiercer…more valuable.

However, in enforcing our right to be totally hypocritical as a way to make up for our predecessors gross mis-treatment. By beating down defendants of our fore-mothers as well as their enslavers. By pooling ‘them’ all together and treating the opposite sex in a way we and many before us have begged not to be treated, we are doing absolutely nothing for women (or girls). We are doing fudge to aid our plight. And we’re definitely doing sod all to help our off spring and future generations of the sisterhood to be heard or recognised.

The bare truth is that we need each other in order to have any kind of balance in equality. That’s men as well as women loudly demanding we all be treated fairly. Whether at home or at work, as professionals or parents. There is neither one of us more predisposed to being better at one or the other. It’s a natural instinct as humans to form ‘teams’ and with in those teams to each fulfill a role however, we are just as accountable for each other as we are ourselves.

So, fellow humans unite and demand just as much for others as you would yourself. Think of your sex-opposites as fellow team mates. After all you’re related to a whole bunch of them, some that made you and possibly some you made yourself! 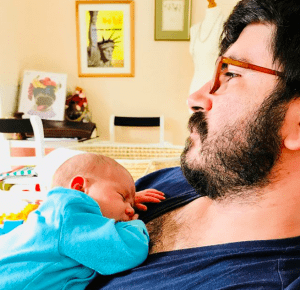 Penelope showing exactly what men (and women) are good for: Absolutely everything! But especially unadulterated love, patience, respect, loyalty and 3am, snoozey hugs.