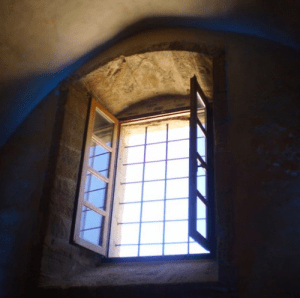 As we prepare to move there’s one thing for sure we’ve both realised that we need in the new house and that’s light! Especially now living in the UK Yiannis and I crave that Outside In lifestyle. Doors and Velux windows opened wide, bringing in the Grecian sunlight and sea air. But, we’re in the UK now and as much as we both love it here, the need for interior light is real!

I struggle being stuck in doors here however, especially in the North West it’s not always easy to get out (in the rain) with two little ones. In Greece I’d curl up on the day bed, balcony doors flung open and just sit for hours; reading or reflecting. Granted I was child free back then, but light played a huge part in my mentality. And even more so now.

As we prep and plan for what we need in the new house I’ve been Pinning ideas, to mooch over and share. Let me know what you think and in return (if you can) come Pin with me! 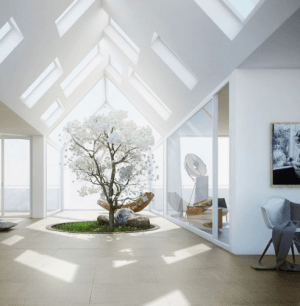 This for me would be the ultimate in natural light. We’re not any where near this level of spectacular, but I still think small elements of this are transferable to smaller projects. I get lots of inspo from ancient Greek churches like this one in Crete. The majority of the structure has been build into the ground to keep it cool through the summer months and protected in the winter from the harsh sea winds. However, they’ve been really clever with angles and the way that every entrance and window faces inwards, in order to capture as much light as possible. 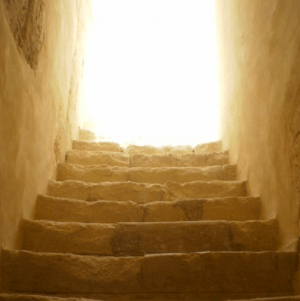 I recently took a photography class, that discussed the difference between light. Which I think both of the above pictures represent. Hard light, is brighter and cleaner, but can also create more extreme shadow. Soft light, is warmer, with less shadow but doesn’t give the same depth of brightness. Neither one is better than the other, only different. For me I like hard light in rooms such as the kitchen, where I tend to do most of my work and preparation for projects or recipes. It’s the reverse however for the living room. Where despite often ‘couch bathing’; basking in the sunlight as it comes around to the front and filters in through the windows. In the living room I want softer light for relaxing.

Here’s my top 3 favourite Pinspo’s that I plan to implement in the new house. 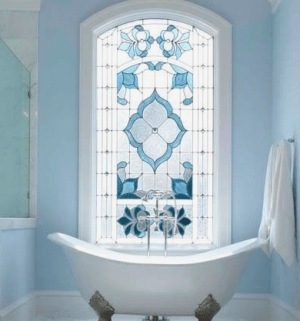 1: Optimise the light. Ok so, I doubt budget or structure within the new house and my purse strings will allow for this kind of grandeur. But colour and reflective light play a huge role in capturing the essence of this bathroom. Maximising our window space and capturing the colour of light is something I will 100% be experimenting with in our next bathroom.

2: Velux windows! We’re planning on converting the loft area in our new home to create more living space. I love the idea of being able to open the roof to let light in, but also the idea of sleeping under the stars in the safety of your home!

3: Bringing the outside in. In the North West, much like inner city London, outside space is limited and tends to be quite small especially within your typical town or terraced house. French doors allow for inside and outside space to become one and help to enlarge each space. Plants are another great way to create this idea by framing floor to ceiling doors or windows with a lead out/in of house and patio plants. Plants need light to flourish but in doing so also help to capture light and brighten up any space. House plants are also great for cleaning the air and just generally promoting that fresh feeling of the great outdoors.

I’m not going to lie looking for a new house is both exciting and vom inducing. But, Pinning and sharing ideas keeps the joy a live! So, come Pin and share with me. I need all the help and advice I can get.

Until next time, happy Pinning!

How To: Dress A Table