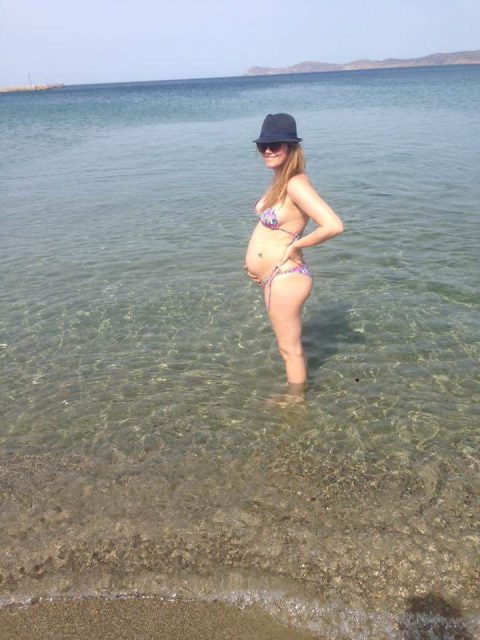 Today I hit my 12 week marker with a sigh of relief, for 84 days now I’ve been sat (mostly by the toilet bowl) in hiding, privately incubating and biding my time until we felt comfortably safe enough to share our news: We’re expecting baby number 2!

I’d like to say it’s been fun keeping our exciting news a secret but, like around half of all pregnant women I’ve been experiencing the first trimester vom initiation and like more than 80% of women I’ve just felt continuously nauseous and down right crappy.

However, with it being the second time round having the experience has helped immensely with knowing what to expect as well as having a few tricks in the bag to help combat those low days and while away the time.  The main picker upper being searching for possible baby names. Something I didn’t have the opportunity to do first time around.

My husband is Greek and traditionally Greek children are named after their grandparents. Depending on what region you are from tends to change the order but it’s general practice that the first son is named after the paternal grandfather. Despite not being fanatically set to old school ideals, when we discussed getting married and having kids Mr. O did confess that he had always wanted to honour his *father in this way and so a deal was struck; he would name the first boy and second girl and I would name the first girl and second boy, meaning no matter what I’d always get to name the second child.

If you’re in the same boat as me ( up the duff that is and not necessarily married to a Greek) and looking for some unusual baby name alternatives, then here’s a quick list of Greek (Anglo friendly) names that I’ve compiled during my own hunt.

Myron-(m) Meaning sweet oil, perfume. Myron was the name of a 5th-century BC Greek sculptor

Oneiros-(m) a personification of dream. According to Homer, dreams dwell on the dark shores of the western Oceans. The deceitful dreams would come through an ivory gate, while the true ones issue from a gate made of horns

Olympia-(f) From mount Olympus; home of the ancient Greek Gods

Plato-(m) meaning broad-shouldered. Plato was one of the most important of the Greek philosophers. He was a pupil of Socrates and a teacher of Aristotle

Tassos-(m) Derives from the name Anastasios but now stands alone as a name in its own right.

If you have any unique ways of searching for baby names, get in touch: enquiries@booberrit.com

*Despite popular belief and even absolute strangers trying to mockingly tell our little boy his parents are avid Game of Throne fans, our son was not named after a character who had his willy chopped off! He was named Διόνυσης pronounced ‘Theonisis’, which our English family shorten to Theon (as it’s less of a mouthful- well it Is all Greek to us!).

Summer To Autumn: Transition Your Wardrobe