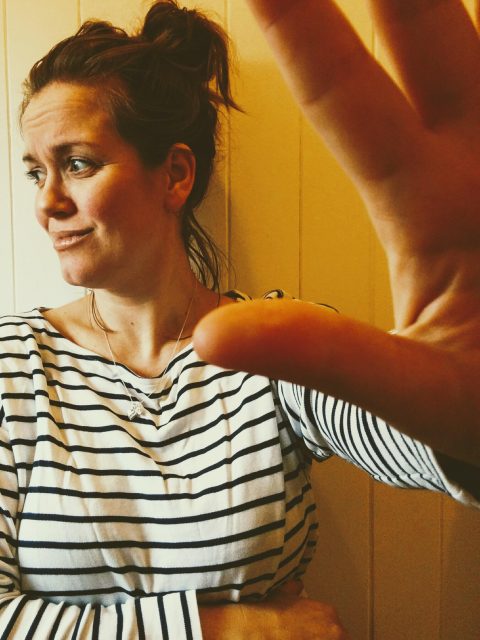 Let me just start by putting it out there right now: ALL single parents need an OBE, if you know one give them a hug and make them a cuppa; you’re in super-human company. I start this way as the one saving grace for me in this journey of motherhood has been my partner (Yianni), the guy I tag in when I’m lagging, my team mate that allows me to only run part of a relay rather than an entire race. When I’m beyond knackered and unable to lift my knuckles off the floor he steps in and vice versa. Where do single parents turn? Where do they find the strength and can I have the directions to that place too?

Just lately neither my husband nor I have been able to muster even an ounce of energy. It doesn’t help that in a period of extreme working hours and unsociable shifts for him, we’ve a snotty, teething freak of nature who seems to have more gnashers than a mutant piranha. Meaning despite wanting to naturally wean from me he’s on a fever fueled (self sooth, sooth me, don’t touch me, hug me, let me bite you, why can’t I bite you? Only mummy, only daddy!) emotional roller coaster ride. He can go from no feeds one day to having to be surgically removed from me the next. My disheveled, pregnant mass of a body just feeling battered and bruised from the inside out and the outside in. And yet despite all this our little sleep vampire seems to have more energy than he’s ever had. While we’re running on fumes, he’s running rings around us both as we fade in and out of this dizzy state of sleep poverty.

What is more and the worst part of all of this is, I’m pretty sure it’s all totally my fault; you see, I’m just not very good at being pregnant!  There I’ve said it and it’s true, oh so true.  You know how most kids when you ask them what they love the most about school will real off a list of at least 2 or 3 of their most favourite activities: Painting, P.E, Break time with their mates.  But, there’s always that one kid that eye rolls and shouts out over all the excitement ‘home time!’, that kid, that’s me.

But there’s something else…

I spend a huge portion of my energy resources portraying an easy going, relaxed exterior while internally beating myself relentlessly through my constant self doubt as to how well I’m functioning and performing  at, well just about everything including life generally.

Imposter syndrome is not necessarily a mental disorder or one that stems from a disfunctional childhood either.  I’m a well supported, self made monster and therefore have no one else to blame but myself. I feel a constant worry that I might be found out, because in my mind no matter how well I appear to be doing, I’m sure it all must be one big misunderstanding. Pregnancy and especially my inability to just be all rainbows and unicorns about it just exacerbates this unfaltering fear.

However, despite being sat here at 2am, crying into a MacDonalds milkshake that Yianni just spent an hour trawling the city to find, it turns out I’m no anomaly. It’s estimated that something like 70% of millennials feel like frauds, just waiting to be caught out. While early research believed such a syndrome to only be experienced by high-achieving women, Impostor syndrome has been proven to affect both men and women equally and is the inability to internalise ones success no matter how evident.

So millennial, whats our bloody problem anyway (like how I snuck myself in there)? Aren’t we meant to be the over endulged generation, the founders of the selfie and all other ego massaging activities? Also known as generation X, millenials are normally parented by baby boomers and the result of shit 1980s TV combined with a surge in liberal political views. So, what the hell could we have to bitch about? Scratch the surface and quite a lot it would seem…

..Having lived our entire lives in a period of constant evolving technology, we function within a highly competitive society where we are constantly learning on the spot to keep up with said technology in order to stay relevant and not become out dated or shelved by the time we hit our 30s! We have to perform in a constant state of being profile pic perfect while also able to fill limitless rolls at a moment’s notice without breaking a sweat or burning out.

The realisation of just how normal I am, combined with the soothing rush of sugar from my milkshake has helped me find enough clarity (for now) to understand that I CAN tackle everything including my increased work load and being pregnant and keeping up with Theon, and yet that doesn’t mean I’m gonna ace them all (doesn’t mean I’m not either) what I can’t do is keep sending Yianni out at ungodly hours to ease my every neurosis, well at least not when we could be sleeping instead!