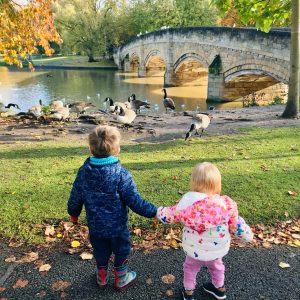 With everyone currently posting their perfect nine for 2019, we thought we’d look at our year in review. So, here’s all our best bits for 2019. What a year it’s been. Buckle up!

To begin our review of 2019 let’s zoom all the way back to the start; January. It’s my least favourite time of the year and for me January 2019 was particularly rough! My postpartum anxiety had gotten so bad that I decided not to return home (to my parents) for Christmas with G and the kids. I knew I’d not be able to hide my fragile state of mind, which stressed me out more. And although, not going did alleviate a certain amount of anxiety it also made me feel even more isolated and alone, especially with G doing 14+ hour shifts. So, as we brought in the new year we vowed to get out more. I committed to attending ‘Toddler Time’ at the library, we took P for her first swim and Theon had his first ever riding lesson. Turns out he’s an absolute pro! 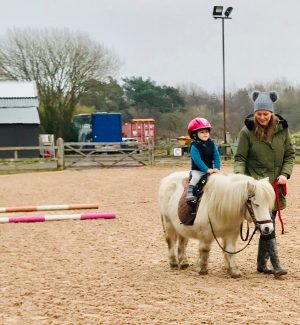 Looking back now (with distance) January didn’t seem that bad, but when you’re in the messy middle EVERYTHING can feel wrong! Ultimately we knew something had to change. Our love for the North West was dwindling, not because of the place, but because no one outside of our little unit was there any more. And we all felt very alone. 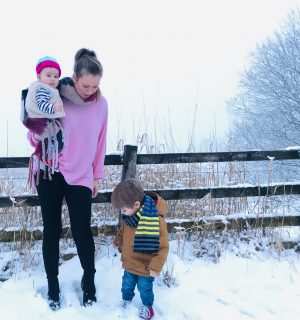 Then P turned 6 months and started crawling; we really needed to get out more. But before we had time to shout “grab the double buggy!” it snowed! As February rolled in, G and I started to talk about the ‘Don’t keep Mum’ Campaign we’d started back in 2018. Could that be the purpose I needed? Shouldn’t I be leading by example and sharing my postpartum problems? And then by absolute chance (or maybe the powers that be) I saw a little notice on Facebook For a NW Blogger meet at the glorious Ordsall hall. 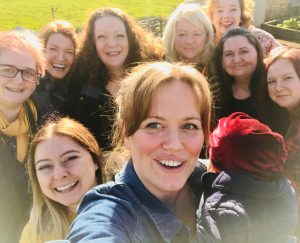 There P and I met this wonderful bunch of women and everything, slowly began to change, for the better! They had no idea how sad I was; I put on my bravest face. They had no idea that after that day I slept for two days straight so exhausted from desperately trying not to cry, stiff from holding my body straight as I desperately tried to stop my knees from shaking. They probably also never knew, how much they helped me! That day I made friends, great like minded female friends; sisters in arms. Gal pals with similar interests and problems to me. It was the first time, in a long time I felt weirdly ‘normal’, whatever that is! 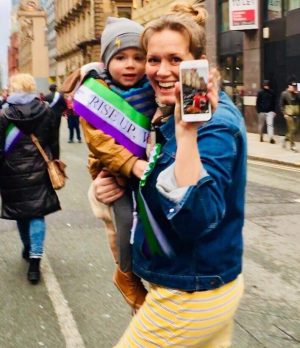 By March we were marching for women’s rights and helping to make mummy moves with the Lovely Amy as part of her new mummy & me work out app and book. 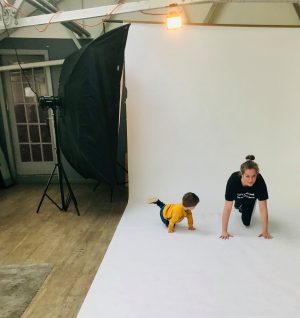 But it was April that stole the show. As we finally made it happen. Our third ‘Don’t Keep Mum’ event. Bigger and better and still free. The event was a huge success and helped me to meet even more wonderful women and parents. For a little while Manchester started to feel like home again. We started to feel like there were friends close by again. 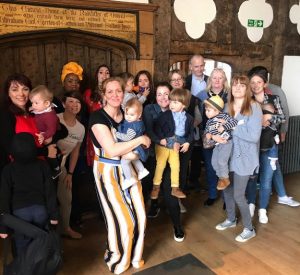 Riding the high of all we’d achieved, the summer months started to roll in and by May we found ourselves becoming avid campers! It got us out of the house and away to new surrounding, without costing a fortune. Plus the kids slept better in the tent than they did at home, which allowed G and I some time together, to simply chill. 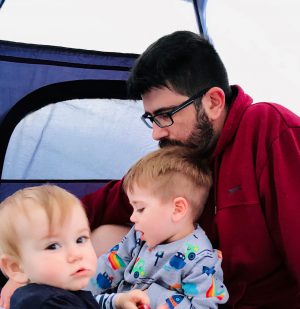 Next was June. We finally managed to escape back to Greece and introduce the kids to Sitia; their daddy’s home town. The return for both G and I was quite emotional; as we really didn’t want to leave. On our return back to Bolton we agreed we needed to be back close to our family. We were exhausted after 3 years of parenting with no rest bite. We needed a support network! 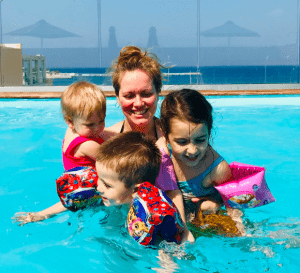 Whilst we were in Greece we saw in July and celebrated P’s 1st birthday. A donut grow up party. Made extra special by all the wonderful friends and family who attended and helped make our hearts feel full and achy! 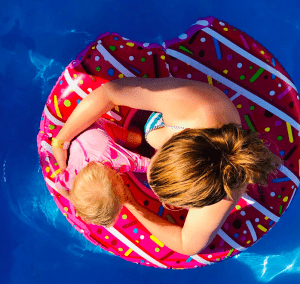 And then it was back “home”. So, much chaos and sadness after such a joyous break, made coming home tough. Problems at G’s work were putting a huge strain on the entire family and taking it’s toll on him. So, we packed up the tent and our bags for one last time before the end of the summer and headed off to France. Completely spur of the moment, it was the absolute clarity and therapy that we all needed.

To top it off we were nominated for BiBs award in their ‘inspire’ category. We didn’t end up winning, but the support was enough to spur us on. 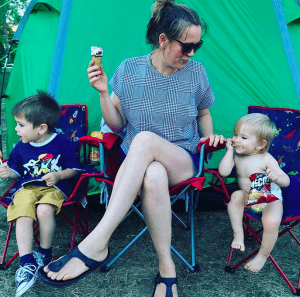 And then it was September; the month of change. Summer turned to Autumn, Our toddler turned into a little boy, our baby turned into a toddler and we moved counties. 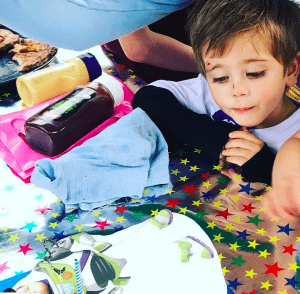 As problems with G’s work continued, we missed out on purchasing the house we wanted. I didn’t get to give the kids the summer in Greece with their dad’s family (as we planned) and the anxiety from both of us was at cracking point. Not knowing whether he’d have a job or not. But, moving to be closer to family (once all the unnecessary drama concluded) was the best decision we ever made, for all of us!

The feeling of really returning home went up a notch as October rolled in bringing Yiayia and Papou with it. 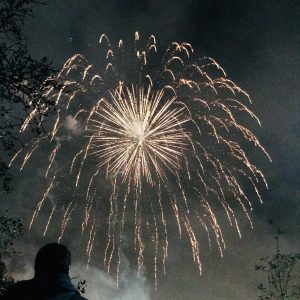 The best part about having both sets of grandparents around, for the first time ever was the rest bite! Oh and teaching Yiayia and Papou all about English traditions from Harvest Festival to Bon fire night!

In November Theon started pre-school (part time) in prep for the new year. I had a feeling that he was ready to go, I was right. It was in November that I realised just how lucky and privileged we’ve been. Even during the roughest and poorest times.

Although, it still pulled at my heart when Theon rolled into those school gates and ran on a head of me without looking back. I was also ready to let him go, a little. Unlike a lot of mums I’ve been lucky enough to stay at home with him from the day he was born. Although, it wasn’t ever my choice. And at times was excruciatingly difficult and exhausting. By the time he started school and I was in a position to finally start working on my career again, the transition came very easily (for us both). Which I’m truly grateful of.

As November blurred into December we held back and waited for as long as possible to let Christmas start. I really wanted to concentrate the experience to get the most out of it. Our first all together as family.

This year Theon was fully conscious of everything going on and remembered what Christmas was. Watching him and P play and open gifts together, full of excitement made the year for me. I’ve no real new years resolutions to make this year, other than I want to make the most of every opportunity we get. To acknowledge the privileges we have and be grateful that some how we made it through the worst of times to fully embrace and enjoy the absolute best of times. I’m walking into January 2020 in a completely different mindset to 2019. This year anything and everything is possible! So, watch this space!

Much love and wishes for this next decade,

Berrit, The Boo’s & G too xxxx

Outside In: The Need For Interior Light