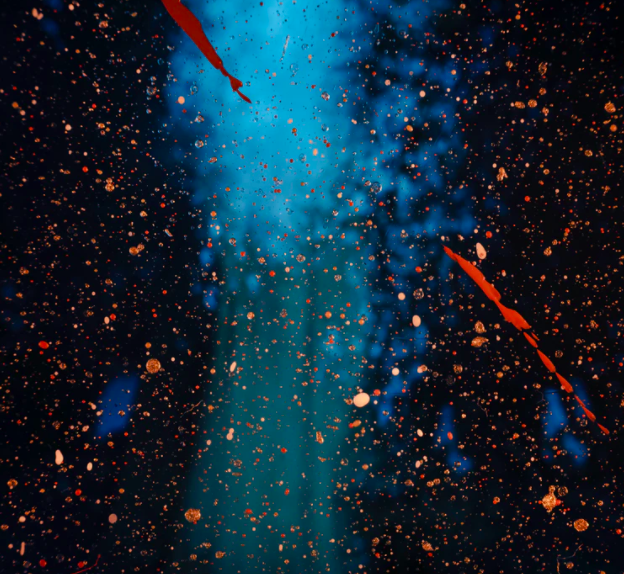 I’ve just had a mind blown moment as I fell down a rabbit hole of Aphantasia. Visual or Conceptual the post read. “Can you visualise?” It asked. “If I tell you to close your eyes and visualise an apple, can you see it?” It continued and all I could think was “How the hell has it taken me 40 years to realise ‘NO!’ But so much makes sense now.” For one is this why I’m so anxious; maybe a lack of being able to visualise outcomes is what keeps me nervous – maybe not but it really got me thinking…

Aphantasia is the inability to visualise mental images, that is, not being able to picture something in one’s mind. Still unsure quite what aphantasia is? Can you visualise a red star, close your eyes what do you see? Now compare what you saw to the images below.

For me I see 1, at a push if I really try to focus I can see 2 but only on basic shapes. I’ve spent much of this week asking people the same question only to discover that the mind’s eye is an actual thing for most people and not just a figure of speech! I’ve been a little shocked to have taken 40 years to realise this, but now so much makes sense. Take characters in books for example I hear them in my head but I don’t see them. I also quite like it when a book is made into a film because I get to see the character come to life. But, had often wondered why this was a bug-bare for a lot of other people. I hadn’t considered that the imagery we create in our heads could be any variation of visual and conceptual.

It’s tickled me how many people have told me to “just try a bit harder” or “I don’t know, maybe you’re just thinking too literally”. But it’s understandable when only around 1-3% of people realise they have Aphantasia. Largely down to the fact that the term was only coined in the early 2000s. First described by Sir Francis Galton in 1880 the topic remained un-researched until Dr. Adam Zeman, a cognitive neurologist at the University of Exeter in England, began his work in the early 2000s and coined the name (in 2015) from the Greek word “phantasia,” which means “imagination.” Having aphantasia (despite what it’s hybrid Greek noun suggests) doesn’t mean you’re unimaginative. Aphantasia is a lack of minds eye; the ability to conjure images.

When I first realised my inability to visualise, I felt rather gutted. I’ve always considered myself a creative, artistic even. Was all of that untrue now? But what I realised is that I am creative and artistic and full of imagination. The difference is that for me I imagine concepts from experience, reasoning and/or imagination; an abstract impression like a recorded manifestations of the concept and that takes huge amounts of imagination to conjure!

So, what are you: visual or conceptual? Let me know in the comments below.

From Breastfeeding to Weaning: End of An Era