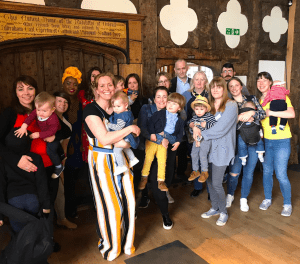 Contrary to popular belief the size of your wallet or wage packet does not equate to the value of your voice! Neither do you need to donate large sums of money to lead, create or be the change your community needs. Your voice counts. You can lead the change.

I’ve found that simply putting myself out there and using my little voice on any platform that will house it has been enough. Maybe not tsunami impacting waves but enough to create small, continuous ripples. I may not be the most aggressive or even loudest blogger out there, but I’ve never been able to just stand and watch any act of injustice.

I’m not bitter, but…

Despite entering motherhood later on in life and feeling (at the time) that I knew exactly what I was letting myself in for. That I was fully armed with all the information I needed. Becoming a mother left me with a very bitter taste. I felt like the whole thing had been an absolute set up. And then I slowly realised it wasn’t just me, that this was a community issue on a mega scale. Way bigger than me or even all the people I knew. And that’s why we’ve just become so accepting of the shitty end of the stick we so often get forced fed as parents. Because I mean who wants to take on the world? Right!?

But we shouldn’t feel afraid. The more we talk, the more we put ourselves out there, the more we can make a difference. Each and everyone of us.

Let us know the concerns you have for your community and any ideas of action you’d like help with putting forward. Don’t #keepmum Let’s see if together we can be the change that our communities need. Spread the word.

Power to the people!

Keeping Up With The Kardashians: Season 15