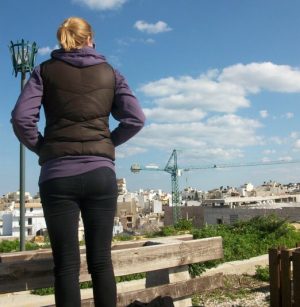 Privilege in modern day society has become the go to cuss word for shutting someone down. But, surely in todays developed world we all carry privilege?

As I approach forty I realise that there are many grey areas that twenty-something me feared to approach. Topics I now clearly have sight and understanding of. Conflict and Privilege being two topics so many people dance around that I just can’t fence climb for. You see I feel we shouldn’t avoid conflict. Totally off trend in the era of the “Troll” and “be kind” movement, I know! Yet for me conflicting opinions don’t necessarily equate to a right or a wrong. Why not see conflict not as war but simply as multiple people having varied perspectives. There’s more than one way to cross a river after all!

Additionally, two differences of opinion won’t necessarily equate to one definitive right and a clear wrong answer. Both parties can be just as right or wrong as the other. Through differences we learn. Learn other ways to think as well as how to development our own ability to flex and express. And yet conflict shouldn’t be used as a way to berate or degrade another persons heritage or right to reply either.

The mere use of the word privilege as a form of insult is a clear indicator of someone who is either ignorant to their own privilege or actively trying to divert attention from it.

All too often the race, class, wealth, sex, sexuality of an individual is subtly highlighted as a way to penalise and silence them. Whether that be to passively suggest somebody is a weaker sex/ a lesser race or by informing them of their ‘demographics’ historical privilege as a bar to ever being allowed back in on a conversation. To ever being able to contribute to change, simply because they were born.

As individuals we shouldn’t be aimlessly pointing fingers, we should be practicing gratitude and counting our blessings. The greater the blessing(s) correlating directly to the height of ones gratitude. Change for the better on any issue can only come from us all uniting on it’s need and understanding for ourselves how and where we can lead change. Be the difference!

Working From Home: With Kids